Based on the Professional Profile and the 28 core competences, SI4FLIFE, led the subsequent work to develop a first version of the FCN Curriculum to be piloted and further refined.

But how was the curriculum developed concretely? After an in-depth analysis of postgraduate nursing curricula across 17 European countries and given the general evolution of nursing education moving into the higher education university setting it became clear that the European FCN curriculum would envisage to target EQF7 corresponding to 60 ECTS. At the same time given the great diversity across Europe of how nursing is regulated and how nursing education is delivered, it became evident that the key feature of such a European “reference” curriculum would be that it must be flexible and modular to the specific occupational contexts and national or regional rules governing nursing practice.

The ENhANCE FCN curriculum will now be piloted at UNIGE in Italy as a 1-year MSc, whereas at UEF in Finland it will be piloted as a 30 ECTS course at the Department of Nursing Science and the Open University to graduated nurses. TEI of Thessaly in Greece will be piloting the FCN Curriculum as a Master’s specialization course of around 40 ECTS. Apart from being compliant with existing EU tools such as ECVET and EQF that focus on key activities and learning outcomes, key features of the FCN Curriculum will be its strong emphasis on work-based learning and practice sharing.

The first release of the FCN curriculum (before piloting) is available here:
https://www.enhance-fcn.eu/public-deliverables-and-reports/

Recommendations for efficient investments in Family and Community Nurses 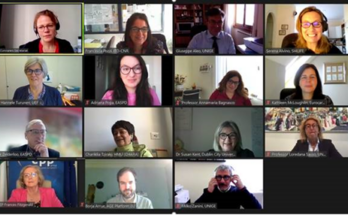 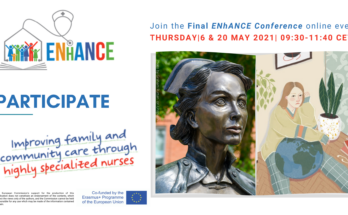 Watch again the ENhANCE final conference of 6 May 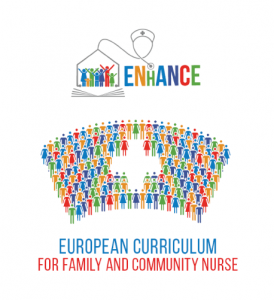 Tick the box below if you agree to receive information related to the ENhANCE project:

You can unsubscribe at any time by clicking the link in the footer of our emails.

We use Mailchimp as our mailing platform. By clicking below to subscribe, you acknowledge that your information will be transferred to Mailchimp for processing. Learn more about Mailchimp’s privacy practices here.